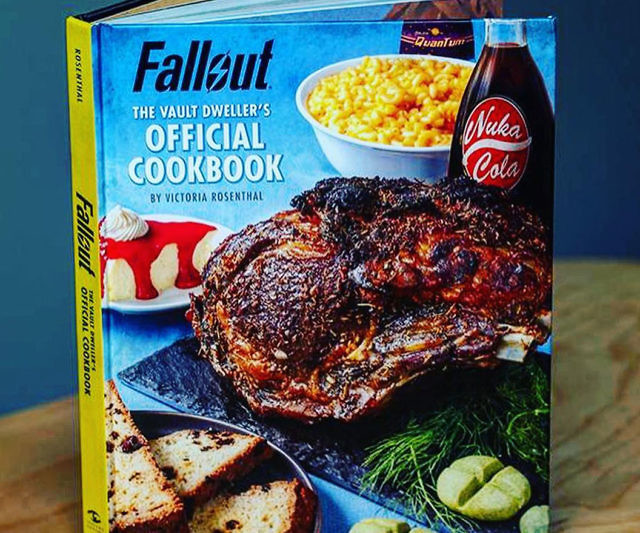 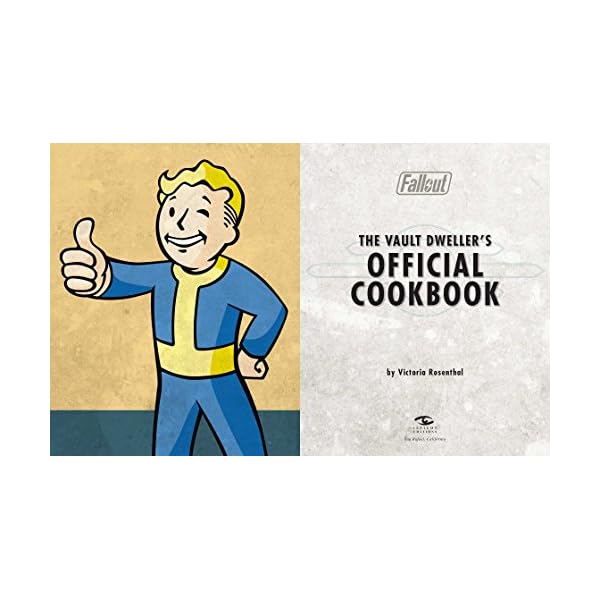 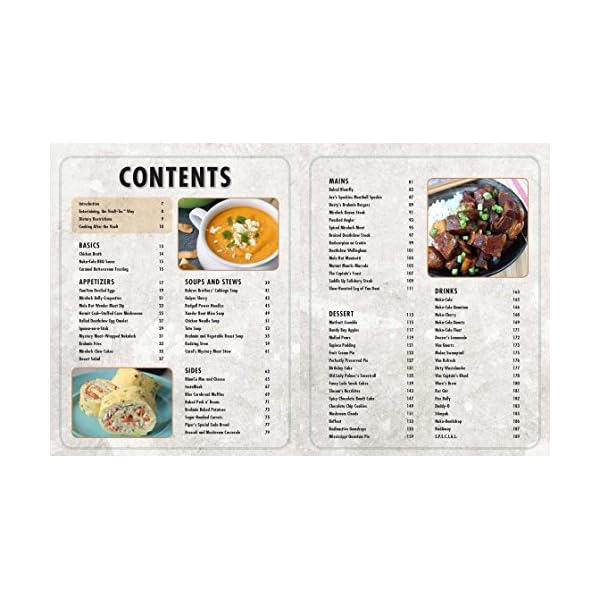 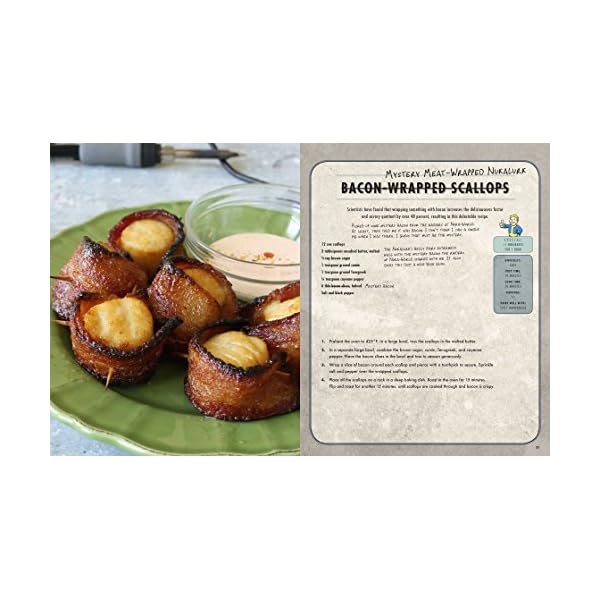 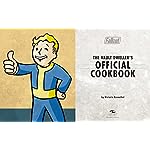 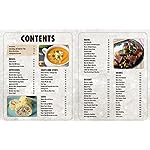 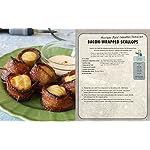 Nourish yourself like a true Wastelander by cooking up the irradiated delicacies found inside Fallout: The Vault Dweller’s Cookbook. Inside, you’ll find a variety of delectable recipes that’ll show you how to whip up everything from BlamCo Mac & Cheese to Nuka-Cola.

Based on the irradiated delicacies of the world of Bethesda Entertainment’s Fallout, this Vault-Tec–approved cookbook provides fans of the award-winning series with recipes inspired by their favorite Fallout foods. Whip up tasty versions of the Mirelurk egg omelette, throw some deathclaw meat on the grill, and re-create BlamCo Mac & Cheese with Fallout: The Official Cookbook. 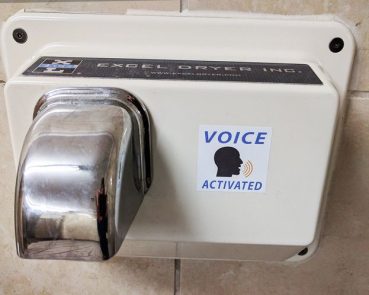 These Voice and Motion Activated Prank Stickers will help you make fools of your friends and family, or just strangers at the bar or airport. Stick these prank stickers on vending machines, hand dryers, water fountains, coffee makers … and watch as the hilarity ensues. 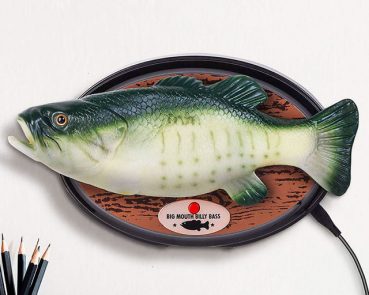 The most iconic novelty gift of all time has just become smart – introducing the the Alexa enabled Big Mouth Billy Bass! He can sing and dance to the classic “Fishing Time” song or to music played through Amazon Music, and moves his mouth when Alexa speaks. 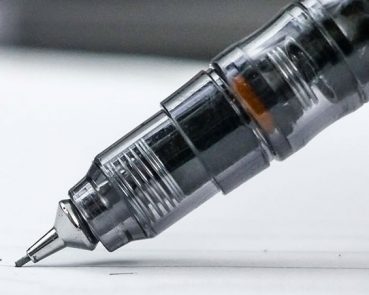 Quit throwing your money away on flimsy writing utensils by upgrading to the unbreakable mechanical pencil. It employs an ingenious double spring mechanism and a specially designed tip that greatly reduces the likelihood of breaking the lead – no matter how hard you press. 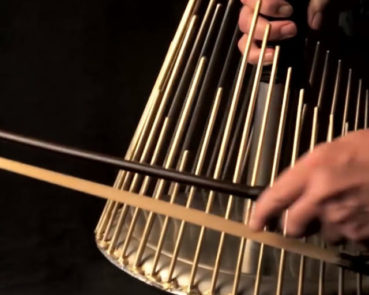 Place the finishing touch on your haunted home this Halloween by adding an eerie soundtrack using this horror movie sound effects instrument. It features a stainless iron design with a total of 30 metal sticks that surround the instrument and create horrifying sounds. 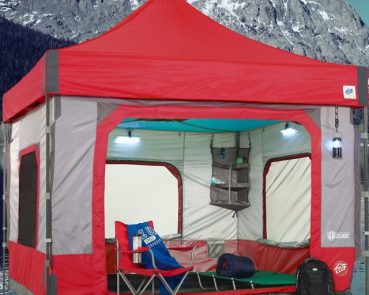 This camping cube tent transforms your breezy canopy into a cozy shelter in mere seconds. This 10′ x 10′ shelter latches onto an existing canopy and comes with a large entry door with a screen to keep out bugs, 3 pockets for power cords, and even a doggy door. 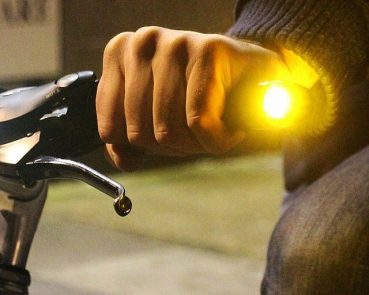 Avoid accidents while sharing the road by making your intentions clear to everyone using these bike handlebar turn signal lights. Shockproof and waterproof, they mount easily onto straight or curved handlebars so they can easily be spotted from behind. 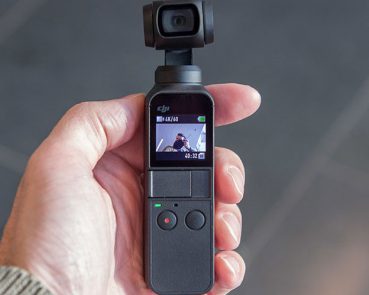 With the DJI Osmo handheld gimbal stabilizer you’ll be able to shoot and capture amazing quality footage virtually anywhere you go. The stabilizer can either shoot via your smartphone or the integrated 12MP camera that can shoot 4K videos at 60fps. 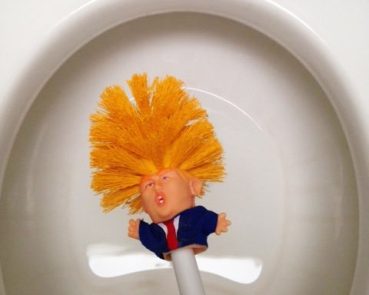 Make your toilet bowl great again by keeping it spick and span with this Trump toilet brush. Forty-five won’t disappoint as he puts his glorious golden faux-locks to work to drain that porcelain swamp. Your toilet is going to look so good folks, believe me. 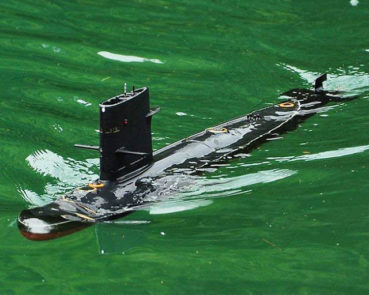 Put your down time to good use by building your very own R/C submarine using this neat kit. The fun little kit comes with all the essentials that you will require to bring this trusty sea-worthy and display-worthy vessel to life. 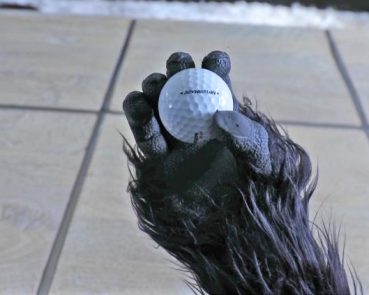 Why would anyone use their own arms for anything if they could use one of these amazing gorilla arm grabber toys instead? This amazing toy is one of those classic grabber arms for kids and short people who needs a toy to play with or a long grabber arm to reach things. 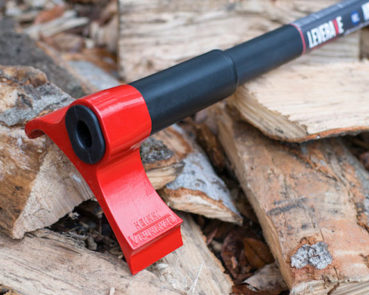 Stockpile firewood in a fraction of the time with this easy log splitting axe at your side. The bold design of this tool shifts the center of mass to the side so that you generate rotational torque as you drive the axe downward in order to split the log using less force. 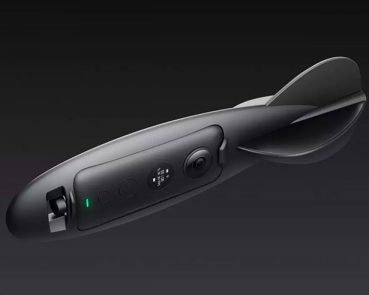 Get amazing aerial footage that no other action camera will match by capturing the shot with this throwable 360 degree action cam. It boasts twin ultra-wide lenses and omnidirectional image stabilization, captures video in 5.7K at 30 fps and has 2 slow motion modes. 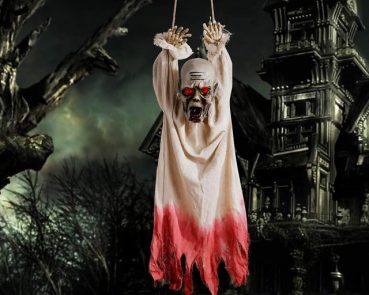 Help transform your humble abode into a grisly haunted manor with this animated hanging corpse. Made to look like a horrifying decaying corpse, this ghoulish prop comes with glowing red eyes and lets out haunting screams as he shakes from side to side. 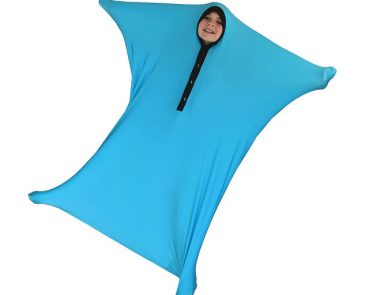 Help calm down and improve the mood of kids with ADHD and autism with this weighted blanket sensory sack. This helpful product is silky smooth to the touch and will provide the ideal amount of stretch so that it’s snug without feeling constricting. 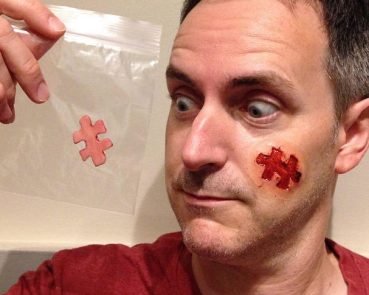 Pay homage to your favorite horror flick while seriously freaking people out with this jigsaw puzzle piece of skin prosthetic. The prosthetic is skillfully handmade from latex and features a very flat design, making it look very natural and realistic.